Tenerife, a perfect habitat for whales and dolphins. 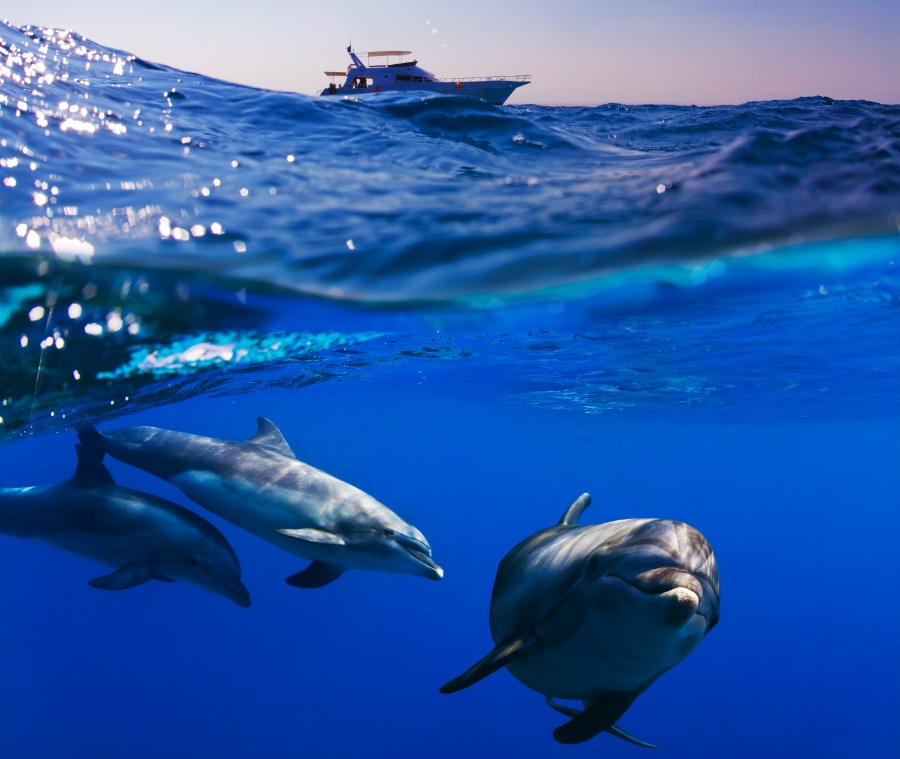 One of the tourist attractions offered by the Canary Islands, is the whale watching in the south of the island of Tenerife, such as pilot whales or more technically, Calderones Tropicales.

The marine channel that exists between the islands of Tenerife and La Gomera is home to an interesting animal diversity. In fact it is considered one of the best places to see dolphins and whales, finding up to 21 different species in these waters of the 80 marine mammals cataloged in the world in these waters you can find between 23 and 25 of them. 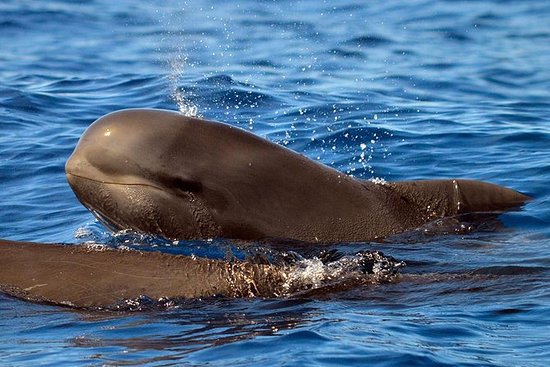 The reason for this great diversity is the significant amount of nutrients in these waters that serve to create an interesting nutritional chain. The main food of the pilot whale and the bottlenose dolphin is represented in the cephalopod family (squid, octopus, cuttlefish).

Distinguishing one species from another in the open sea, and with the naked eye, can be somewhat complicated, especially if they are not near the ship. However, looking at certain aspects we can delimit the species sighted enough: size, shape of the head, dorsal fin, body and tail, body color and behavior.

Residents: All year in a fixed area

Bottlenose dolphin (Tursiops truncatus)
It is the best known dolphin species and can easily be found a short distance from the coast of Tenerife. Its average size is 2.7 meters for males and 2.5 for females, although the older ones exceed 3 meters. They live in groups of 10 to 30 specimens and have a dark gray color on the back that is degrading towards the lower areas.

Tropical Calderon (Globicephala macrorinchus)
Also known as “Pilot Whale” or “Shortfin Calderon”, it belongs to the family of dolphins. It is a cetacean with teeth (odontoceto) and its name of whale is due to its size: they can exceed 5 meters in length and weigh between 1 and 2 tons. It is the easiest specimen to find at a sighting outlet in Tenerife.

The observation of whales and dolphins in the Canary Islands, initiated in the early 90’s as a tourist activity, constitutes one of the strong points of tourist attraction in the Canary Islands with a spectacular number of visitors. Not only in the recreational or commercial tourism field, but to develop educational, scientific and cultural activities in the marine and coastal world environment.

After having managed to implement a regulation on this activity, it is necessary to maintain the effort so that its application is effective and that aspects such as research and educational activities have an important support and impulse so that the last goal pursued, conservation, reaches good term, preserving the habitats of these animals and ensuring better management of marine resources.