¿Why is Tenerife a perfect spot to study the sky? 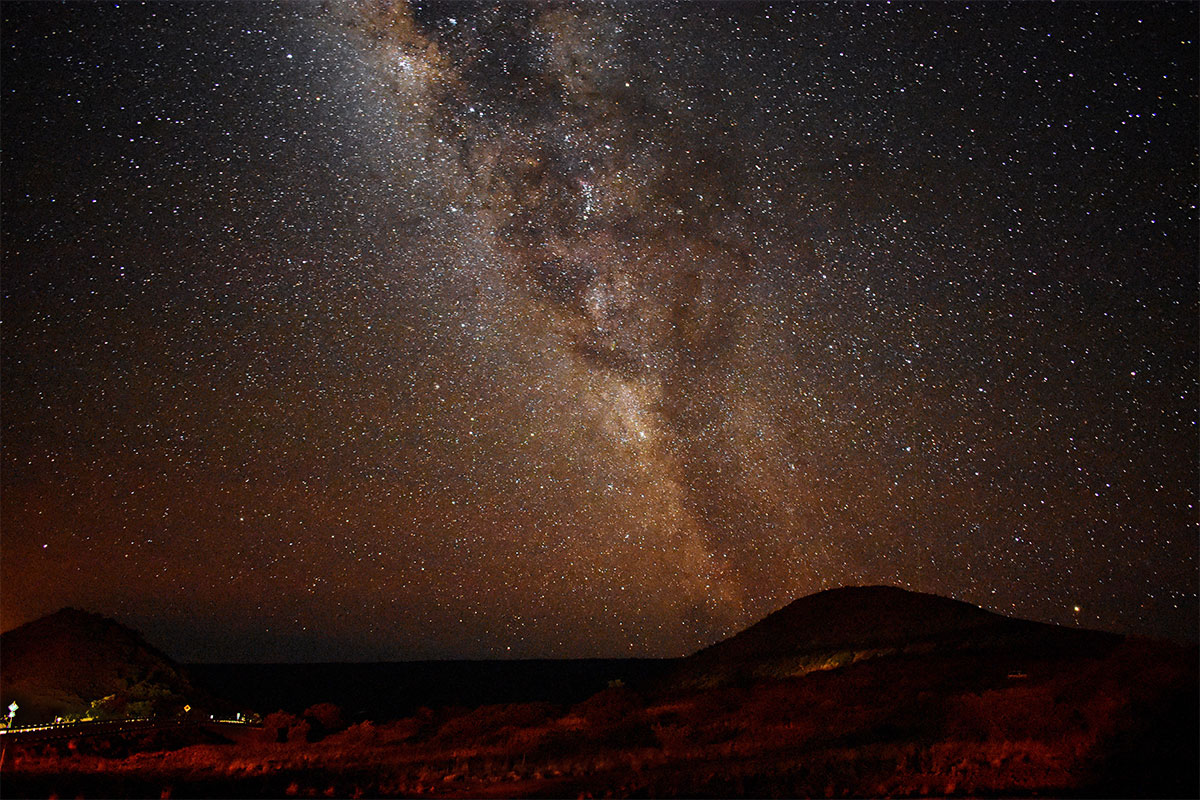 It is well known that the Canary Islands and the Mount Teide Volcano are amongst the best locations in the World to study the sky, including Hawaii. ¿What do they have in common to be the preferred spot for astronomers to watch the stars?

1. The altitude and volcanic origins

Hawaii and the Canary Islands happen to have very high mountains resulting from volcanic activity. Instead of creating a big mountain massif, the eruptions of The Teide and Mauna Kea Volcanoes resulted in incredibly high mountains in the middle of relatively small Islands. With 3.718 m, El Teide is the highest mountain (and volcano) in Spain and Mauna Kea rises up to 4.207 m. Nevertheless, most of Mauna Kea is underwater, if we would measure the mountain from its oceanic base it would be over 10.000 m high, ¡the tallest mountain on Earth!

2. The good quality of the air

Being in the middle of the ocean keeps the airflow stable in these islands. This means that any pollution created by humans tends to be blown away by the wind flow. Did you know that the exceptional quality of the sky in the Canary Islands is even protected by law?

Thanks to the small light pollution, the Canary Islands have caught the attention of astronomers since the 60s. The observatories of El Teide in Tenerife and El Roque de Los Muchachos in La Palma where founded back then and turned into important international projects. Back in the 18th and 19th centuries, Greenwich was the place to go for astronomers but the air and light pollution started being a problem. Since the Canary Islands share the same latitude as Greenwich (in between the biggest Eastern and Western international projects) most studies were transferred to the Islands.

For those who study the sky, the Starmus Music & Astronomy Festival that was held at the Abama Hotel in Tenerife was one of the top Astronomy events for years. Even famous Professor Stephen Hawking was involved in the organization since its beginnings and as he used to say, “our only possibility of surviving in the long term is to expand into space.”

If you are not an astronomer and you’re visiting Tenerife over the holidays, could there possibly be a better way to enjoy this clear sky with more than 6.000 stars and hundreds of constellations than with a glass of cava and good company in Las Cañadas del Teide? We don’t think so! Have a look at our guided tour by night, where you will learn about the constellations from one of the best stargazing spots in the World.