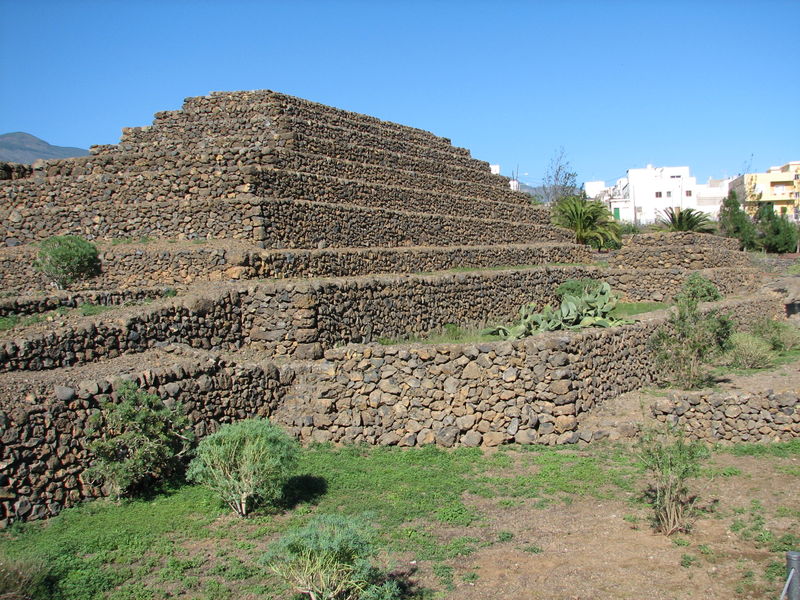 The Pyramids of Güímar or Majanos de Chacona are located in the municipality of Güímar on the east coast of the island of Tenerife, in the Canary Islands archipelago, in Spain. There are six constructions in the form of stepped pyramids whose construction date is debated, although the most accepted theory dates back to the 19th century. 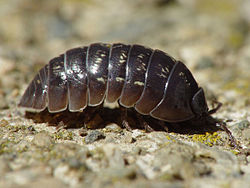 These pyramids are historically framed in the nineteenth century, the time of economic exploitation in the Canary Islands of cochineal, a parasitic insect of the tunera or prickly pear from which a highly prized dye is extracted at that time when synthetic dyes had not been introduced. The exploitation of cochineal was very profitable, so much that many farms were prepared for exploitation that, until now, had remained sterile due to the poor quality of the terrain, usually formed by volcanic stones.

The stones extracted in the cleaning of these farms were stored forming pyramidal structures like those of Güímar. There are still numerous examples of these agricultural constructions today and until a few years ago the oral memory of the elders of the Güímar valley recalled these works of cleaning and stacking stones. 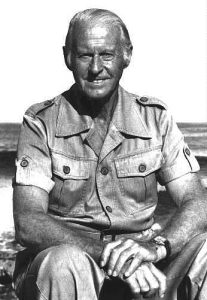 Although there is another theory, in 1991 the Norwegian researcher Thor Heyerdahl studied the pyramids and according to his theory can not be casual stacks of stones. For example, the stones in the corners of the pyramids are clearly carved and the ground has been leveled before the construction of the pyramids, in addition all the pyramids have a staircase, which, when ascending, guides us to the rising sun. The material used to build them is not stones from nearby fields, but lava rocks.

Despite his research, Heyerdahl could not discover the age of the pyramids or answer the question of who built them, but argues that they were built as a temple of sun worship, by ancient civilizations in years before the discovery. Until the Spanish conquest at the end of the 15th century, Güímar was the residence of one of the ten menceyes (kings) of Tenerife.

Heyerdahl proposed the theory that the Canary Islands would have served as the basis for a supposed movement of ships between America and the Mediterranean. The fastest route actually passes through the Canary Islands, which was also used by Christopher Columbus. In 1970, Heyerdahl demonstrated that it was possible to navigate between North Africa and the Caribbean with ancient methods; sailed from Morocco to Barbados on the Ra II papyrus ship.

Recently emerged that Masonry could have influenced the astronomical orientations of the Pyramids of Güímar. This proposal, made by researchers Aparicio and Esteban, is based on the influence that the Masonic institution had in the Canary Islands and in Spain in the last third of the nineteenth century, on the importance of solsticial symbolism in Freemasonry and the fact that the The owner of the farm since 1854, Antonio Díaz Flores, was a Mason. It should be noted that this proposal in no way modifies the dating or the purpose of the construction given by some historians (nineteenth century and agricultural exploitation), focusing only on the motivation to include the aesthetic component of solstice orientations.