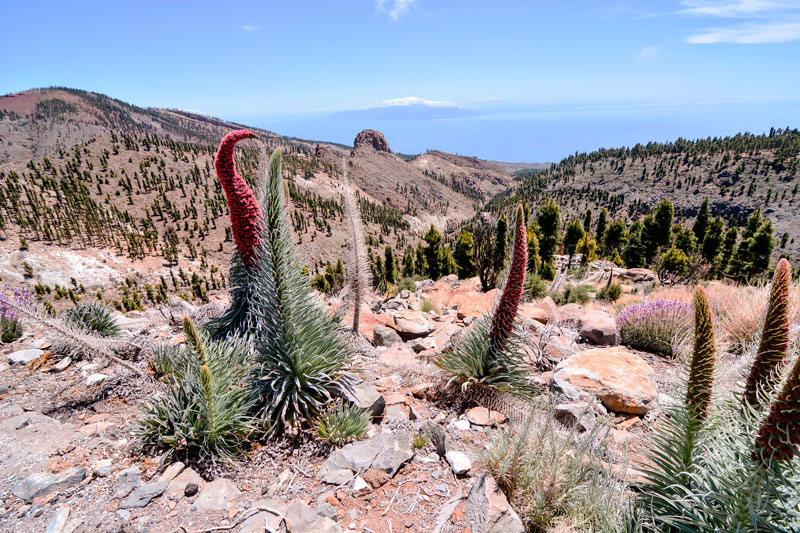 Although it is an inactive volcano, Teide receive many visitors each year because of its endemic fauna and flora, in addition to the magnificent scenery.

Teide National Park is recognized throughout the world for having one of the most spectacular volcanoes, for both height and size. However, this World Heritage Site is a protected area taken up by lots of endemic species.

In a previous post we introduced the lizard of Tenerife, a friendly reptile that lives in the volcanic soil of the park, which can only be found in the Canary Islands, especially in western areas.

We have also written about the “Violeta del Teide”, a precious endemic flower of Tenerife, that can be found in the Highs of Guajara and on the slopes of the Teide.

Whether you are thinking of taking the Teide By Night guided tour or visiting the park on your own, it is convenient to know which are the main endemic species to recognize them as soon as you see them:

As you have seen, Volcano Teide is now more alive than it has ever been, surrounded by interesting species and curiosities that will undoubtedly surprise you. Traveler, do you dare to discover a world of color and emotions?

Don’t forget to book online your Teide By Night Excursion.?